On July 7, 2014, the Hong Kong Customs & Excise Staff General Association, a member organisation of the Federation of Trade Unions, issued a statement in support of the police's handling of the sit-in protest in Central which ran from the night of July 1 till the morning of the following day. A comparison of this statement with an editorial of the pro-Beijing Wen Wei Po newspaper on July 3 shows that the two texts are extremely similar. The text highlighted in yellow in the images below show the wording which appear in both texts. 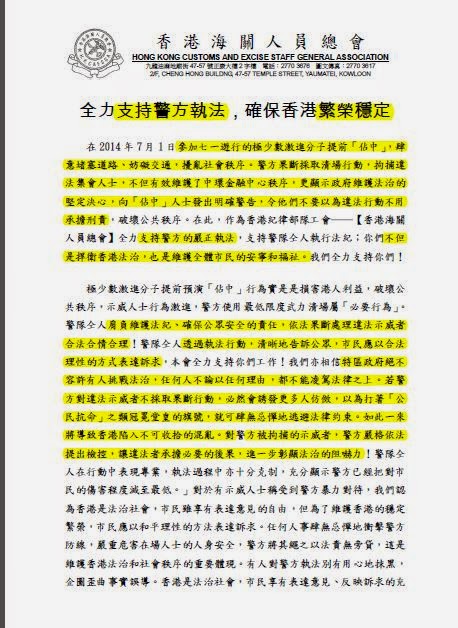 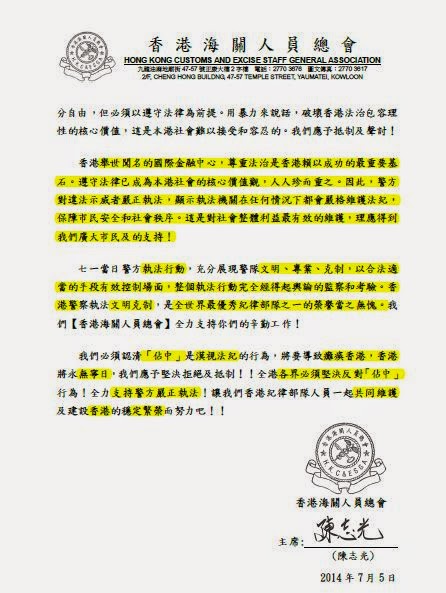